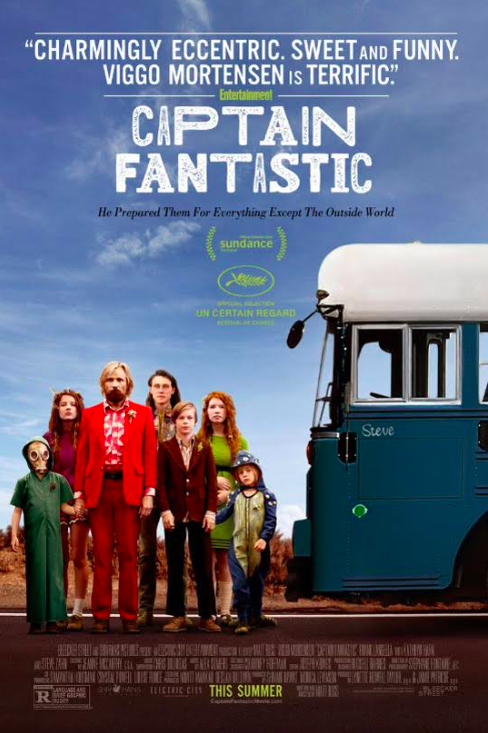 You all know that I rarely blog. And in fact there have been a couple of worthwhile events from my life I’ve been wanting to blog about–my experience speaking to a group of men at a prison, for example, or my recent road-trip to the Yukon to promote my books. But last night I watched a movie that so drew my ire that said worthwhile topics fell completely by the wayside in favour of a good old-fashioned rant.

Let me begin by saying I was very much looking forward to watching Captain Fantastic for a few reasons–Viggo Mortensen, the obvious connection to my own life, and the fact that many people have reached out to me asking if I’d seen it and what I’d thought of it. In short, this is the story of a couple who take their children to live in the wilderness. When the mother commits suicide in the city, the family returns to civilization for her funeral, supposed harsh awakenings and life lessons. Suffice it to say that by the time I got to the halfway mark, the only reason I didn’t point the remote control at my screen to put myself out of my misery was because I’d decided I was going to blog about it. My main beef with this film was the endless string of cliche’d stereotypes that were so blatant I can only marvel at how such a Hollywoodized piece-of-crap story even saw the light of day. But it did, hitting the exact wrong chord; given the cheap shots at humour and attempts at provoking emotion, I assume it was written as a “Dramedy”, but it managed to be neither funny enough to be a comedy nor thought-provoking enough to be a drama.

So here goes–13 reasons why I hated Captain Fantastic. And yes, it contains spoilers.

There you have it.